Video SEO Package - Ranking Your Videos For Your Keywords! 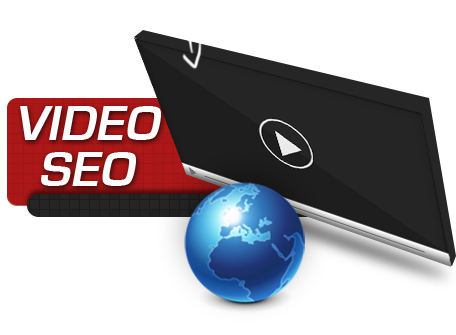 According to the anayltic group, Shareholics, Youtube's growth in web refferals has increased by 52.8% in the year of 2013 alone.  That means that more people are sharing videos than ever before!

This can be a mammoth source of traffic directed towards your site.  According to Comscore, 64% of
users are more likely to buy a product online after watching a video.  It doesn't take an astrophysicist to see the incredible potential that having a popular video creates.

Videos also help build and establish authority within one's niche.  Your videos could serve as the vessel
to spread your name throughout the online world so that when anyone within your target market has a
problem, they will immediately seek you out for the solution!  Aren't videos awesome?

Getting it ranked among the 60 hours of video that is uploaded every single minute is TOUGH.

The NEW Rules Of SEO

It is highly predicted that in the coming future, social signals will play a much larger role in the ranking of websites.  A wildly popular Youtube video that links back to your site could have some added SEO benefits as well.  After all, Google owns Youtube, so it only makes sense that accounts linked to Google's social sites (i.e. Google + and Youtube) will receive preferential treatment.

Needless to say, if you do not optimize your videos, you could be losing out in more ways than one!

FINALLY Receive The REAL RESULTS That You've Been Looking For

What if you were offered an INCREDIBLE opportunity?

Perhaps it's time to invest in a fool proof strategy that covers ALL of your bases?

Instead of spending all of your time and effort attempting to rank your video, allow TWC's efficient team of experts to do all of the work for you.  You could potentially have a video that bombards your site with endless streams of traffic, in no time at all!

TWC's Video Package will have your videos fully optimized and literally sucking in traffic like an inescapable blackhole.  However, you'll still need to focus some effort on building some rank for your main site.  Though the "link juice" from your high ranking videos will be strong, they may not be enough to significantly improve your site's position within the SERP's if you are targeting tough keyword phrases.

Here Is What You Can Expect From The TWC Video Plan

Safe Aggressive SEO At Its Best!

For a limited time only, you can receive the TWC Video Plan for as little as....
$159 Per Month for 1 URL and 5 Keywords

Existing clients please login to your client panel to place your orders.

Can you possibly pass up the opportunity to drive untold amounts of traffic directly to your site?